Time for the Hebei Jeebies

Capt. Jasprit Chawla and Chief Officer Syam Chetan must be heartened by the support they have garnered from the international shipping community. The two senior officers of the 'Hebei Spirit' have become the focus of an international outcry of sorts; for the first time in my memory, at least, organisations such as BIMCO and the ITF have, along with a gamut of individuals and organisations from across the maritime spectrum, condemned the South Korean intransigence and asked for the two mariners to be sent home at the earliest.

In India, too, the joining hands of diverse organisations such as MASSA and FOSMA with the NUSI and MUI is an unusual occurrence in itself. Office bearers of these organisations have, in petitioning the DGS and the South Korean Consulate, warmed the hearts of many seafarers who continue to see a Sword of Damocles hanging over their heads every time they sail. The guillotine of criminalisation that has both dismayed and disgusted seafarers seems to have been begun to be blunted.


So it may seem all the more blasphemous for me to suggest that these initiatives are the smallest tip of the iceberg, and may even be championed by organisations I consider inappropriate to do so. As said earlier in this column, I am a little wary of Owners or Managers Associations and the Unions taking upon themselves the onus of championing seafarer causes without any appreciable seafarer input; I would go further and say that seafarer issues have to be driven mainly by seafarers and not by anybody else. In my experience, none of these organisations can speak as well for me as I can. Besides, there are clear problems of conflict of interest here.


I urge readers to consider the criminalisation issue as a war which has to be fought. This is not a one off thing; for every Capt. Chawla there are many innocent Masters under the axe in many countries.

Yes, we have to start somewhere. But if we take a step back, this is what we are saying if we don't think this through: that every time an Indian officer is prosecuted anywhere in the world, we will do nothing and just count on our industry to support him. In this case, months after the event.

Folks, that does not work because it is arbitrary and unplanned. We need to systemise our attack before we enter the war zone. We need a multi pronged strategy to fight this; we have to prevent the Capt. Chawlas and Chief Officer Chetans of the future, not support them after the damage has been done, or after they have gone through, in their own words, "anger, fear, depression and frustration" over a period of eight months before we decided to support them. And remember, they are still not free men. 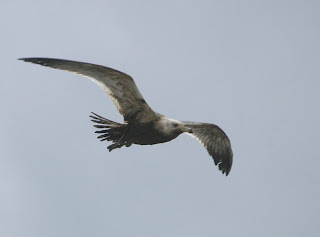 f this is a war, I think we should have our strategy in place first; the tactics (some detailed later on in this article) will follow. In any case, the tactics will change with geography and the unfolding of reactions to our resistance to the so far largely unchallenged status quo.
I must define the 'we' who need to fight the war. My 'we' are all the Indian elements of our industry which have a direct interest in a flourishing shipping industry. It means Indian shipowners, Indian seafarers and Indian shipmanagers. Let's call them the Trinity. These three are impacted directly by criminalisation of the seafarer; one obviously and the other two by the growing manpower shortages with criminalisation being a factor continuing to make the industry less attractive for seafarers.

(The rest of the industry, administration and government do not have a direct interest and so will be unwilling or lethargic warriors. Besides, seafarers are not vote banks.)

This identification makes us run into our first brick wall. Seafarers, by virtue of their occupation, are not easily organised. I have a few suggestions about this which I will surface in a week or two; for now, I will only say that seafarer's voices must be given an organised outlet. It is ridiculous to propose solutions to their problems with a complete absence of decent input from them, or without them having a representative say in critical matters directly of their concern.


Anyhow and back on topic then, these are some of the factors which the Trinity's strategy should take into account:

· The goal is the satisfactory resolution of the criminalisation issue and the implementation of a true 'Fair treatment of Seafarers' by all countries represented at the IMO.
· A policy of gradual escalation in fighting criminalisation. Incremental steps and pressure to be applied as necessary by the Trinity.
· Use of the Hebei Spirit episode as a test case. To be used to fire a 'shot across the bows' of more powerful countries like the US and in Europe. Hebei Spirit to be the beginning, not a one off.
· Consider joining hands with the POEA in the Philippines as the other country supplying seafarers in large numbers. More teeth.
· Publicity, both national and international, is critical. Both of the problem, and the resistance to it. And in mainstream papers, because we need more than industry support; we need to dig into the Indian emerging power psyche and pressurise the Government at the same time. 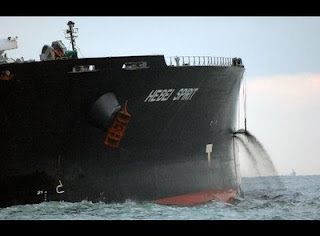 · Organise seafarer resistance. Like I said, more ideas in a week or two on this.
· The Government of India should be pressured by all Industry elements to make policy decisions and laws that protect its citizens who take to the sea as a career.
· The GOI to be pressured to make an immediate statement at the highest levels demanding the release of the two innocent mariners. Will the PM make a statement similar to the one he made when Dr. Haneef was arrested in Australia a few months before the Hebei Spirit incident? (I can't sleep at night). If not, why not?
· The GOI to demand that the IMO and the ILO come down on the S. Korean government. A resolution at the IMO demanding the release of the two? A boycott by ILO affiliated organisations?
· The GOI to be pressurised to raise the broader seafarer criminalisation issue with the US as well.
· Sustained pressure on the GOI to become more proactive at the IMO in protecting Indian seafarer and industry interests. Practical implementation of 'fair treatment' issues to be put high on the agenda. Officials to be chosen on the basis of their professional standing, not their political one.
· Similar pressure on the ILO and other international bodies
· Indian port unions to be pressurised to threaten boycott of South Korean ships calling Indian ports. Just threaten, for now.
· Trade magazines and media to mount a sustained campaign on this issue.
· Mainstream media to be targeted by the Trinity. The goal is to reach the protests to mainstream media on a regular basis. Erudite serving seafarers would make excellent spokespersons for the industry here. The campaign has to be sustained. I would like to see us persuading just one national news channel to take this up as a cause. I am sure this can be done if all the stops are pulled out.
· Seafarers should vote with their feet. An exclusion clause in a thousand employment contracts, saying, "The seafarer will not be asked to sail to or from S. Korea" will make the world sit up and take notice. Let's call it the Solidarity Clause.
· Shipmanagement companies to appraise any S. Korean clients on all these moves. In the end, it will be pressure on their government which will work.
· Shipmanagement companies to suspend acquisition of S. Korean clients.
· Pressure on the GOI to slow track any S Korean investment plans.
· Boycott of South Korean goods and services by the industry, and widespread publicity of this boycott, till the two officers are released. It is not the amount of revenue lost which will pinch the companies, it is the negative publicity.


If all this doesn't work, then I am afraid escalation may involve, say, a short message from the DGS stating that 'Effective two months later, Indian Certificates of Competency will not be valid for South Korea". Or something similar from the Government of India, essentially barring Indian officers from sailing into or out of South Korea.

The time is now. We can begin and test resolves and tactics and workability; lets also gauge whether we can use the same resolve to take on the broader, generic issue of seafarers being treated as criminals for no fault of their own, and even after being proven innocent.

For now, let's just start. It is time to give the heebee jeebies to the countries that treat us shamefully. The Hebei Spirit may well go down in history as the incident that made that difference and shook the lethargy out of us.


We need to do this for another reason. I believe that, at some level, this is not about Capt. Chawla or Chief Officer Chetan, or the dollars we will make and lose, or the fear that S. Korea will take reciprocal action against India. I believe that, at a very basic level, this is not about the fear of losing jobs or gaining job market share or Unions flexing political muscle. This is not even about addressing manpower shortages with promotion of seafarer interests.


The truth, as usual, is much simpler.


At a very primal level, this is about your self respect and mine.