Almost anybody with a Certificate of Competency can walk into a decent job today. Times are good for the officer seafarer: salaries are rising and so is the dollar, shipping is booming and shipyards are overflowing with orders, much like tankards at alehouses just before closing time.

So, in this benign atmosphere, why aren't seafarers demanding long overdue improvements in their working conditions from ship owners?


To start with, where is the demand for an equitable contract? One without restrictive, draconian or one sided clauses? One which lists in equal detail (same as those inevitable guarantees sought from seafarers) what the ship owners must guarantee the seafarer in return? Who is demanding details of Owners and P&I, for a start? Does anybody desire improved working conditions and decently manned ships?

Once aboard, where is the demand for a safe ship? Why do we so often, through ignorance or otherwise, accept lower safety standards from the owners? Why do senior officers leave port with unsafe ships and unfixed problems? How often have we accepted, on joining, less than satisfactory lifesaving and firefighting equipment and broken down critical machinery? Poor maintenance, leaking tanks, holed decks, poor spares and a hundred other small things all of which may not mean much on their own but collectively indicate a substandard ship? Why do we not reject an unseaworthy ship? We can come back and get another job within a week.


Why are seafarers not demanding an immediate resolution to the criminalisation issue? Or the lack of shore leave facilities which are increasingly common because of countries that give a rats backside about seafarer rights? Where are the seafarers at the forefront in demanding an immediate release of the Hebei Spirit officers? Leaving it to unions and industry organisations is not enough; one has to occasionally put one's money where one's mouth is. 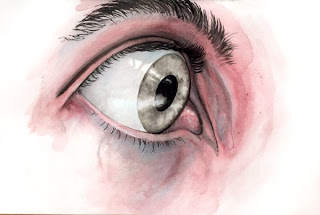 Trust me; things will not get any better on their own. Because, your see, the labour being supplied (yep, you and I are labour, make no mistake about it) belongs primarily to countries in Asia, while owners remain primarily Western or rich Asian. Bluntly put, the more powerful countries where most owners come from have no interest in bettering your life or mine. It costs money to do so. We can't be allowed to die out, though, because we are required to run those ships. So some lower standards are maintained. Things aren't so bad.


The Indian recruiting agents are interested parties. Their record is hardly outstanding; they continue to be unwilling to do anything substantial in this regard. Ditto for the unions.

It is the Indian government which has to pressure international organisations to improve its citizens' lives at sea. And this will not happen until there is a powerful seafarers lobby (not owners, mind you, but seafarers pressurising governments and industry) in place. We know how all that works and what it involves, and if we don't, we had better learn.

A seafarers lobby without seafarers is like rum without coke, which brings me back to my initial questions, where are the demands? And, where are seafarers present in any (usually self proclaimed) body promoting their own interests?


I think that perhaps Indian seafarers, amongst others in Asia, have become spineless to the extent that we can't see beyond our next contract. I think that the contract system encourages this. Maybe it's not just a weak spine; perhaps there is more than a pinch of inertia in it. Youngsters looking at sailing for a few years before the inevitable MBA contribute to this disinterest in improving things; the shipping industry remains, often conveniently for owners and managers, frozen in space and time.


Mariners are fearful of upsetting employers; this is understandable up to a limit. However, your own safety and welfare, and attempts to improve those, lies in your hands.


I do not look at our brethren ashore to solve this problem; this has to be driven by those of us who are sailing. Owners and managers ashore are often part of the problem, ergo, by definition, they can't be part of the solution.


So the next time you accept a substandard hotel on joining or a wagged finger telling you what you can eat and when in that hotel, put your foot down.

The next time you see a substandard ship, walk away.

The next time a senior guy calls you a prostitute, tell him to do physically impossible things to himself.

If you are that disgusted with the treatment meted out to you in the US or Europe, including fear of arrest or no shore leave, refuse to sail there. Boycott South Korea too, while you are about it.


The next time you haven't had sufficient rest, refuse to work. It’s the law. (Disclaimer: though I have put down my foot too often on most everything, this one is a problem, as said in an earlier column. The STCW convention on rest periods came into force after I got command. And many Masters will agree with me that a Master stopping his ship rogers his own rest period faster than a snowflake melts in hell. Besides, a thus more fatigued Master does not contribute to safety. Unfortunately, much of this logic applies to everybody on board, and managers and owners know this well.)


That aside, Sailors always have more flexibility than many others. They are mercenaries on hire and contractual employees, at least so far. When sailing, the only fear I can possibly have besides a major incident at sea is losing my job. Trust me, people ashore fear much more. I have been there, too.

A Superintendent and a friend once put this across to me very well. He felt that a sailor losing his job meant another ship. A Superintendent doing so meant relocating his family, schools, moving house and the rest of the caboodle, and worse: he may have to sail again!


One of the biggest advantages a seafarer has is precisely this flexibility. Work when you want, when you want. Choose your employers, ships and runs. Choose safer ships, better working conditions, equitable contracts and employers.

Why would we be then so docile? What are we so scared of? 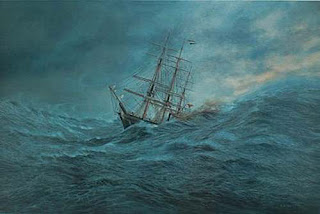 Maybe the time to strike is when the iron is hot, and when demand has over stripped supply.
So far the majority of us don't seem to have looked much beyond wages, though by many accounts many seafarers have got more demanding. Nevertheless, perhaps it is time to look at some of the other stuff too. Maybe it is time to get some spine back. The timing is right. The industry, like Uncle Sam, wants you.


We have to accept one overriding given here. That the time to evaluate a ship for safety and working conditions is after you join and are on board. A seafarer has to make himself aware of the ship, its condition, run and the working environment as soon as possible after joining. One has to be proactive and aggressive with this, because it can't be done before joining.

Some of the environment, depending on how receptive the Master and Management is, can be changed with a little effort. A little money and effort can be spent towards this. Larger issues of safety and well being, however, sometimes require drastic solutions. Walking away is one of them.


Incidentally, the reason all this can't be done before signing on is this. People recruiting you and me either just do not know, or often do know but with planned and devious calculation continue to be less than truthful about the owners, the ship, its run and condition. They continue to be less than truthful about working conditions, contracts, promises made prior joining and the whole gamut of information which a manager of integrity should give a potential employee before employment. They just want the warm body on board; the truth won't set them free.


Irrelevant perhaps, but it pains me that many of them are ex seafarers themselves. I know that it is tough to run with the hare and hunt with the hounds. Lying is unprofessional, though. Some integrity would be nice, but apparently integrity is not mandatory.

I am disappointed that these guys feel the need to be less than truthful; perhaps they have made their deals, like Faust.


In closing and with a quizzical eyebrow, I can only quote Faiz to all of us, whether ashore or at sea:

Email ThisBlogThis!Share to TwitterShare to FacebookShare to Pinterest
Labels: seafarer