I once headed the Indian arm of a foreign software company for a couple of years. I saw and learnt, at close quarters, how that young industry managed problems of attrition and a young and temporary 'consultant' workforce in boom times; much the same conditions that we face in the maritime world today.

All said and done, they managed things much better. They did so because of a strong and robust Human Resource Development department that listened to its employees and adapted its policies optimally. They did this without going bust, and they are still doing so years later and growing, thank you very much.

In an earlier article of mine for Marexbulletin entitled 'Imagine', I tried to indicate the kind of paradigm shift required in HRD, and perhaps in the entire business model of ship management and ownership, if we want to tackle some of the pressing problems of today.

I have another such suggestion today. Just a suggestion; perhaps there are other options much better than mine which should be pursued; perhaps my suggestions, if felt valid, can be merged with those. However, the core reasoning I will outline below is, in my opinion, sound.


The fact is that a paradigm shift is unquestionably needed, one way or another, to tackle any booming industry which has a huge manpower crisis on its hands. Retention and attrition aside, I cannot see how we can continue to grow as an industry while being seen as increasingly unattractive by youngsters on the one hand, and one that projects alarming shortages in manpower requirements for the future on the other.

A mix of lower safety standards, higher insurance payouts in premia and inexperienced seafarers operating ships is not the ideal recipe for operational and financial sustainability in the maritime world. Throw in considerably higher fuel and crew costs in recent times, and the business model starts to look a bit worrisome.


In all this, and as I have found recently, it becomes difficult trying to present a seafarer's point of view to the industry, especially in India. The maritime world seems to resent this and reverts to an 'us vs. them' mindset. To be fair, many seafarers do that too, and too often. So, trying to find solutions sometimes tends to degenerate into a two way rant. Or a chicken and egg scenario.

It is my opinion that the more powerful chicken, that is the owners and the ship management part of the business, must take the initiative in, as the diplomats say, improving relations.
Once the intent is clear, seafarers may be brought around to a collaborative mindset instead of an antagonistic one.


To make this exercise successful, we need one more element in this mix that is missing thus far, and that is an interface with seafarers at large, and across Companies. I feel that there is a crying need for a seafarer organisation independent of owners or government to promote this effort, and indeed promote the industry in general.


I say this after some thought, and a growing realisation that while individual shipping firms may get as aggressive and creative as possible in their recruitment drives, and while the government may get as proactive as possible in promoting the industry in general, these are not the best agencies to negotiate seafarer welfare or address seafarer issues. This is primarily because they do this in an autocratic fashion, mandating things in the complete absence of seafarer input. I am convinced that this is why HRD in our businesses does not effectively work. Big Brother decides you need ice cream when all you wanted was a lollipop. Besides, he is watching you.

I say this also with a firm belief that existing seafarer organisations of any kind have not worked. Without going into the reasons why this is so, I will only say that the proof of the mule is in the kick; had they worked, we would not be in this mess today. 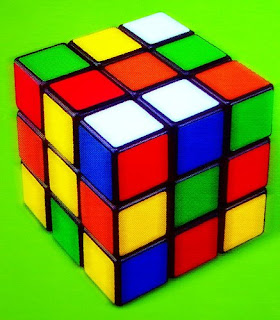 In addition, the government and the industry are ill suited to disseminate information about seafaring or attract youngsters into the industry. Serving seafarers are. We do not need to lure people into the industry with a fake collage; we need to tell it like it is, address concerns and help people make informed choices. If we do this, there will be minimal disillusionment later, and, provided we actually improve seafarers' lives substantially, I would stick my neck out and say there will be lower attrition issues across the industry in the future.

Again, this requires a paradigm shift in our thinking. I hope we are capable of that.


Humour me awhile. Assume, for a moment, that this idea is worth pursuing. Assume also, that we could name this organisation, aptly perhaps, the SPCA. (We can't, because the Society for Prevention of Cruelty to Animals already exists. Pity.)

Our SPCA, of course, would be the Seafarer Promotion and Coordination Association. For now, let this delightful acronym be; we can rename it later.


Its objectives would be twofold and twofold alone.

1. Promotion of the seafaring profession across the country.
2. A pressure group for seafarers which
· pressurises government and promotes legislation for their welfare, including working conditions.
· pressurises government and promotes legislation for more transparency and dissemination of relevant information by the larger industry.
· pressurises industry to promote seafarer interests.
· disseminates information related to these to whichever seafarer wants to seek it through the internet.


(This idea was hinted at in this column two weeks ago in 'Time for the Hebei Jeebies', such an organisation would be very useful in the immediate aftermath of an incident such as the 'Hebei Spirit' one)


The SPCA should not be involved in any other activity like training or company specific promotions or seminars. Its brief should be collective, not sectarian.


Perhaps this can be funded by all the recruitment agencies in India. The parameters for contributions can be, annually, a per seafarer employed fee, or a flat rate.
Perhaps it can seek members from the seafaring community and charge a membership fee.
I do not envisage administrative and promotional costs to be that heavy anyway; they may be cheaper than five star hotel seminars of dubious value.


The structure of the organisation should be as flat as possible. At the administrative location, possibly:

· A small group of ex seafarers not affiliated to any one company and full time employees of the SPCA in an administrative and coordination function.
· A larger and rotating group of serving seafarers seconded to the SPCA, because, as we know, seafarers after a few years ashore start losing touch with todays rapidly changing conditions at sea. Serving seafarers keep our feet on the ground in many ways.
· A small administrative office
· One government nominee to assist coordination, and one from Industry. These to be coordination and assistance functions only, with control remaining in the hands of the autonomous body. In short, the SPCA to be autonomous and free from either government or industry controls.


I suggest that outside the administrative location and in other cities, promotional events that are organised use local seafarers as far as possible as temporary 'consultants' for organisation, input and promotional activity. A small pool of rotating seafarers will suffice. Some will be sailing anyway. These consultants can be compensated on a per use basis. They are spread throughout the country, and I am confident that at least some will be willing to give back something to the industry in a meaningful way and with integrity under these circumstances.

The SPCA should be autonomous, focused, free of the old boy network and lean. It should be able to move fast, which means minimal government and industry interference. It should be able to keep up with international events, resolutions and developments, which means an educated organisation that can plug into expertise when required. It should promote our industry well, which means lateral thinking and people who have the ability to present their point of view professionally and clearly. It cannot be old wine in a new bottle; it cannot be beholden to any group of entities in the industry.

It has to be setup and left alone for a while, periodic review and strict financial audits aside. It should be evaluated on the numbers of new entrants it generates and the improvements it helps make to seafarer welfare and working conditions.
I see an association like the SPCA particular useful in road shows and college presentations: who best to address seafaring related questions from the youngsters than local seafarers? Not ex seafarers, mind, many of whom have old, romantic and outdated perspectives today.


The apprehensions to such an organisation will be many. Many of us will see this as one more organisation amongst the many lazy ones, or fear that the SPCA will inevitably go the same way. To be honest, I have apprehensions about the selection of the permanent staff myself. As I said earlier, this will have to be, at least initially, an industry initiative, and if we go about doing this the way we have set up industry related organisations earlier, then the chances of success are minimal.

Other apprehensions include too much interference or control, the usual political shenanigans, corruption and partisan behaviour by the SPCA. Unfortunately and like many such organisations across the country, there are no easy solutions to endemic corruption. Perhaps an option to shut it down if a majority of the people paying the bills so vote is a good alternative.


Maybe somebody can tweak this idea. Maybe there is a slightly different and more workable one, in which case drop this and use that one. I don't care; I am not trying to promote my idea as the only workable one, or the best.


As it is, because seafarers work away from administrative offices, day to day interaction including feedback is absent. There are also no exit interviews, or periodic meetings with management, outside the "talk down to the mariner" seminars.


Think about it: can you think of any other industry that does not talk to its employees?