Inside shipping - the young, the restless and the unskilled 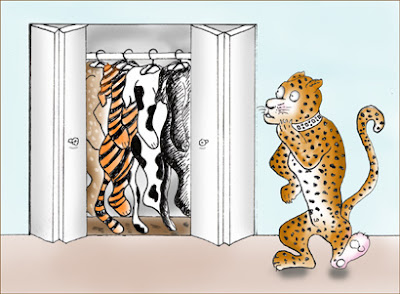 The degradation of seafaring skills over the last couple of decades is an undisputed fact. There is no single reason for this; this bastard has many fathers. Nonetheless, what is surprising to me is the pretended astonishment, by many in the industry, at the illegitimate birth; some of us have been arguing for long that the low calibre of entrants into the industry, when coupled with poor training and the widespread contract based high-attrition culture afloat and ashore would- in an era when experienced officers were quitting earlier and younger officers not sticking long enough to become experienced- inevitably lead to a serious erosion of skills and experience.

The ship manager’s blinkered characteristic is to look at short term profit at the risk of long term catastrophe, but that is hardly unique behaviour. Ship-owners and P&I clubs should, one would think, look slightly longer term. They do, in a way, but their horizon is clouded with the same obsession with the bottom-line, and their worries surface only when inexperience and mediocrity at sea starts hurting their wallets. The recent Swedish Club study is a typical case in point.

The Club says that there has been a 60% increase in hull and machinery claims over the last three years, and blames the shortage of skills as the main culprit for this spike. Specifically, it says that “lack of knowledge, the failure to follow procedures and inadequate resource management” are three big reasons for increase in H&M claims. (I take it that ‘inadequate resource management’ means-wonderfully euphemistically- short manning.)

The question is, of course, what shipping is going to do about the spreading drought of experienced officers and crews, particularly when their jobs are getting more demanding by the day. If history is any indicator then it will do nothing, or at least nothing new; I suspect it doesn’t know how, for it has always been a reactive industry with low initiative when it comes to humans at sea.

The thing is that I don’t think the industry has realised that the shortage of good seafarers is a problem that will undoubtedly magnify and can cripple marine operations in the future. Switching to cheaper nationalities will not solve anything this time- the issues are competence and experience, not numbers or (the inappropriately named) Safe Manning certificates. The intensity of ship operations- whether at sea or ashore, the increasing complexity of equipment and machinery and a thickening veneer of regulation will require significantly greater understanding of complex, interconnected issues and will demand higher competence and smarter execution from the mariner of the future. That is a given. (Connected aside- I shudder when I think of some officers I have sailed with who were incapable of basic Radar or ARPA operation and interpretation. Imagine those guys behind an ECDIS screen.)

Also given is the fact that high calibre youth from almost any part of the world will find a career at sea even less rewarding in future than they do today. So, we will continue to see the present trend when officers- of much lower level of competence than desired- spend  a decade or less at sea before leaving the industry for good; each will be therefore available to shipping for just a half dozen years or so after certification. Experience will naturally evaporate; seafaring skill will be the biggest casualty. The shortage of competent and experienced officers will be felt acutely; the financial repercussions of a widespread skills shortage may well cripple a maritime adventure.

No, switching nationalities will not solve this one, and neither will increasing wages; a time will come when dramatically increasing wages is no longer possible in a business model that cannot proportionally increase its revenues. To pre-empt this disaster, shipping has to do the Doctor Spock act- it has to boldly go where no man has gone before.

Shipping has to forget its absolute focus on the balance sheet and concentrate considerable energy instead on the humans it employs at sea (inadequate resource management so far, the Swedish Club would say!). It has to find ways of attracting the right manpower, training and up-skilling appropriately and retaining it. It has to find a way of rewarding imitative and competence appropriately and selectively- so far much of shipping does the opposite, just look at the way ship management company’s seagoing employees are encouraged not to not to ‘make waves’ or stick their necks out for fear that these will be chopped off- a sure way to kill initiative. Shipping has to do all of this soon; time, as usual, is running out.

There are enough smart people in shipping offices ashore out there. It is time for them to show us how competent they really are. It is time for them to debunk my notion that the skills shortage is a bigger problem on land than at sea. This is a problem of men, not machines, and new thinking is required; humans cannot be managed with a spread sheet. The stakes are high, sure, but I have to believe that this metamorphosis- that some will call Kafkaesque- is within the industry’s competence.

The only question in my mind, which only time can answer, is this: If a leopard cannot change its spots, can it at least change its DNA?
.