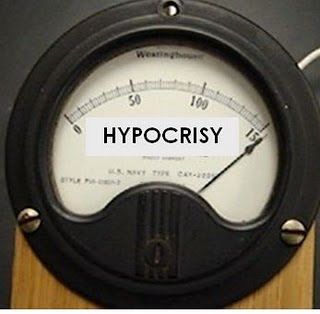 Somewhat like the much hyped ISO certification, the term ‘Corporate Social Responsibility’ can mean anything you want it to mean. This is nice, because the idea of propagating your organisation as a socially responsible and caring one is seductive. When an industry’s core activities are often seen as shady or dishonourable, this idea can be more- a diversionary tactic, for one: witness some of the oil majors and other multinationals rolling out green and clean advertising when their principles are proved to be somewhat less than moral in their operations across the world. Tongue in cheek, I call them Vice Principles instead.


I bring this up today because I see that this buzzword-CSR- is being used increasingly by shipping organisations that are perhaps desperate to project a better image in a marketplace becoming more sensitive to environmental and such issues. Perhaps they feel that they are enhancing their brand, such as it is, or even rebranding their franchises. Perhaps they feel that a declaration of caring quality is a good idea even when there is not much that they do to back it on the ground. Whatever their motives, I feel that this exercise, essentially a marketing one, can easily backfire since there is not much meat between their slices of bread. Without change in operational practices, this declaration of intent can easily return, at a future date, to haunt them when their bluff is called or if an incident occurs that shows up the chasm between talk and action. Shipmanagement companies run a particular risk here, because their brands are linked with those of their client ship-owners- and we all know what some can be like.

Unfortunately, CSR implies a certain corporate culture of higher responsibility and conscience. It is not philanthropy, despite what many in shipping seem to think today: it is beyond that, and perhaps even beyond money. It is a part of a business model that says that the organisation will self-regulate to perform all its activities in a manner that is in the public interest and the interest of all its stakeholders- employees, partners, vendors, consumers and the public at large included. Protection of the environment becomes a big part of that public interest in our industry, for obvious reasons.

The generic problem with any business proclaiming Corporate Social Responsibility as one of its goals applies to shipping too: a business is in it for the profit and so is an amoral entity. Individuals within any business can be moral or honourable, perhaps, but the organisation itself will be hard pressed to make any such claim. Corporations in industries like ours have a huge additional issue, though, which is this: the cornerstone of CSR has to be ethical conduct by individuals in particular and by the business as a whole. Ethics, as we all know, can sometimes be quite a rarity in shipping.

Instead of biting off more than they can chew, I would suggest to the CSR drumbeaters that they concentrate on promoting ethical behaviour within their organisation first. Start with employees, including those at sea. No touts or middlemen for jobs. No lying to crews about contractual terms and conditions, age or type of ships that they are slated to sign on. No withholding documents that belong to the seafarer. No shortchanging, nickel and diming or withholding wages. No immoral behaviour when a seaman signs off on medical grounds or dies at sea. Reliefs on time. You know, simple stuff like that.

Many ship managers could also start making operations ethical first. No hiding stuff from owners to either bleed them or make your own organisation cover its blunders. No lying about machinery condition, fuel consumption and speed. No covering up shortcomings. No padding accounts. This is simply professional behaviour, you know; we don’t need grander names like CSR for it.

Ship owning entities would do well to stop using CSR to divert attention from the way their operations are conducted. They could start with a zero tolerance to the STCW convention on rest periods, for a start. That should keep them busy for awhile.

The furtherance of ethical behaviour goes for those at sea too. No skimming the victualling accounts. No magic pipes. No shafting juniors on pressure from the office, real or imagined. No hiding operational mistakes. No sitting out contracts with minimal commitment. No unprofessional behaviour.

Unfortunately, buzzwords are often stock phrases that become meaningless after years of unending- sometimes sickening- repetition. Nobody buys them, least of all your own employees. Sometimes they even point to an organisation’s inability to come up with new ideas- and remind people of all those Miss World contestants touting Mother Teresa and World Peace as their burning goals on their hopeful way to glory and questionable endorsements of beauty products. One doesn’t fool the public too long by spouting tiresome inanities. All of us understand integrity and ethics, though. We know right from wrong even when we don’t do what is right.

An organisational goal of ethical behaviour, therefore, is better defined and understood, and anybody who is actually serious about the image of their business would do much better pushing the idea of ethical behaviour more seriously. Trying to leapfrog ethics to jump onto the Corporate Social Responsibility bandwagon may seem very seductive and contemporary, but this opportunistic leap- particularly in shipping- is likely to propel the entire circus headlong into the brick wall of reality.
.