Paper Boats in the Age of Plausible Deniability

I have some doubts whether the implementation of the International Safety Management Code has translated into 'safer seas and cleaner oceans' to half the extent which it sought to do.

Specifically, I have doubts whether bookish Management principles, if applied willy nilly and with no periodic overview for practicability, (which is, unfortunately, the way that they have been applied) will ever make a substantial difference to safety at sea. (SOLAS existed before ISM, and the two are not to be used synonymously, in my view.)

Even more specifically, I have grave doubts, given that the world at sea is still more a place for sweat, grease, grime, soap, dirty overalls and blisters than it is for checklists, that using paper as a substitute for any of these does anything except contribute a veneer.

This veneer is plausible deniability if something goes wrong. This veneer is hiding behind reports and using checklists as shields. 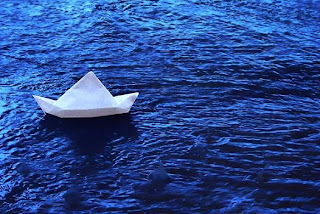 Like junk bonds, the window dressing of dubious paper at sea is encouraged in many ways:

· The first is, of course, that not a single additional person is usually provided on board for all the additional paperwork. Ashore, each organisation would perhaps employ a battery of clerks to assist. On board, all we do is encourage the Master and crew to become clerks. Ridiculous.


· Pre joining paperwork and briefings: High levels of the former and absurdly low levels of the latter. Shore personnel in reputed companies often do not know or cannot even make available basics like the ship's particulars. Briefing?


· Certain nationalities join with thick files of tests and certificates for every person. Quantity is supposed to imply quality here.

· Mandatory Training requirements have ballooned over the years; the quality of training is usually best forgotten.

· Ponderous ISM manuals in a language not understood by most of the crew and many officers. Maybe we should make an Honours degree in English Literature compulsory for seafarers, many of whom sign a half dozen manuals as read in ten minutes anyway.

· Reams of checklists. An extremely agile mind is required to keep track of which checklists have to be filled when. One often faces absurd scenarios when people are running around filling checklists instead of contributing to operational requirements. It is not surprising that checklists are sometimes filled up hours or days after they are supposed to, and predated.

· The percentage of time spent by Officers on board ships doing administrative tasks has increased dramatically. Since the fixed number of humans on a ship cannot create time (maybe we need a training programme for that) so far, the clear implication is that time spent on paper is taking away from much more critical tasks, the ones that actually contribute to safety . Who gives a damn about this?

· Reports, handover notes, Non conformity reports and such are now made at sea with an eye (and a groan) on how much administration they will additionally generate. Deficiencies are not report often because of this; sometimes they are fixed outside the system.

· Administrative issues including recommendations and requirements post a Superintendent's or other audits are often slowly implemented and passed on to a reliever if possible.

The implementation of the International Safety Management Code starts with frenetic efforts to qualify for the Safety Management Certificate (SMC) on board and the Document of Compliance (DOC) in the office. Many seafarers are openly cynical about this exercise, as was a Master who witnessed a first Administration external audit being conducted between 1 and 3 am during an 11 hour stay in port. This, in a language which he could not understand but was common between most of the crew and the auditors (even though the declared language as per ISM was English). All the while, the crew were red eyed, bunkering was in progress and about twenty percent of the crew were being relieved, including the Second Engineer. (A SMC was issued immediately on completion of the audit).

Post initial certification and this being a cyclical industry where cost differentiation is a major factor, managers are increasingly under pressure to keep costs down. This usually translates into pushing administration onto overworked and ill trained crews, many of whom are not computer or language literate enough to handle the increased paperwork ISM involves, or indeed to even understand the Company’s manuals. Meanwhile, shore personnel, similarly not qualified or able to manage the ever increasing statutory requirements thrust upon them, pass on everything to the ship. No overview of existing paperwork, no oversight on conflicting requirements and no attempt to streamline the ISM system or junk older checklists and filing. The resultant chaos is not unexpected.

Barring a handful of Companies, most, including well known management companies worldwide, do not seem to have any budgets even for sufficient computers for officers and crew, leave alone software and email arrangements which would make documentation paperless and easily transferable. There are usually minimum additional resources made available for implementation of the Code, including training, manpower and material. The system is supposed to manage with more or less the same resources.


Commitment aside, in large parts of the world, even the older Marpol and SOLAS regulations are still incompletely followed. Port officials, including Port State Control inspectors are often bribed to turn a blind eye to many deficiencies, and, indeed, will create deficiencies where none exist if they are not taken care of. Superimposing new rules over such old ones is counterproductive.

Commercial pressures threaten to override many issues, including Safety and Marpol regulatory issues. There are companies who will perhaps spend the money, but there are very few companies who will delay vessels in order to implement the Code.

There is also a widespread belief that in some developed countries, political, chauvinistic and regional considerations are being used to unfairly target and detain ships from other continents, countries or with crew of some nationalities. 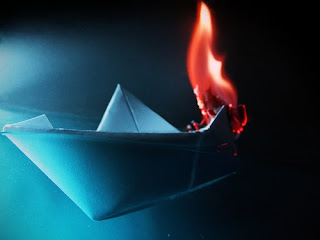 The role of the Master has undergone, literally, a sea change. Over the last twenty five years, there has been steady erosion of his authority though his responsibility has increased. Instances like the Erika demonstrate that though it is quite a simple matter to arrest a Master, it is quite another matter when it comes to taking action against a country or a classification society or a company, some of which are widely held to be the real guilty parties in many such cases.

Even on a day to day basis, ease of communication has meant many managers wanting to dictate to the Master on all issues, including safety and pollution issues on which the Master is usually the best judge. There is thus tremendous pressure on Masters, and therefore crews, to bend regulations, including the Code, at every step. With increased documentation, this has put additional pressure on Masters. As one Master put it to me, “earlier the Company wanted me to lie verbally. Now they want me to lie in writing”


Masters and Crew are then prone to taking the easy way out and ignoring regulations even when not pressured to do so.

The impression one gets is that a large part of the Industry is being carried down the ISM route kicking and screaming. In Europe and the US, inspections are becoming more stringent and detention of ships more likely. Recently some European countries have come under pressure for “incomplete” inspections. One view is that as time passes, stricter controls will spread worldwide and compliance will become more the norm than the exception. Perhaps.

The objectives of the ISM Code were "to ensure safety at sea, prevention of human injury or loss of life, and avoidance of damage to the environment, in particular, to the marine environment, and to property.” Excuse me, gentlemen, but you missed the part of generating paper and checklists like confetti, because that is what the exercise often gets reduced to.


Recently, a Shell tanker, the Ficus, ran aground off New Providence Island in the Bahamas because the Master was busy doing paperwork in his cabin and did not reach the bridge as scheduled. It is easy to say ‘human error’ and ‘error of servant’ and collect the insurance.

More difficult is acknowledging the possibility that the deluge of paper a ship is snowed under may be inherently detrimental to safety.

Email ThisBlogThis!Share to TwitterShare to FacebookShare to Pinterest
Labels: ISM