Voices of the damned.

Humour me while I tell you some short stories, one or two of which you probably know already.


Jiang Lichung is Chinese. He was a crewmember on a Taiwanese fishing trawler, the Qingfenghua 168, which was about 220 miles from Somalia in April 2007 when about a dozen heavily armed pirates took over the vessel. Jiang, his cousin, and nine other crew were taken hostage. They were beaten three or four times daily by the pirates as they negotiated ransom with the owner of the trawler; Jiang calls the beatings ‘torture’. A month or so later, when the owner refused to pay the 300,000 dollars demanded, the pirates took another Chinese crewmember on deck, lashed him to a post, and executed him. The other crew heard six gunshots and later saw blood all over the deck.

Jiang and the rest of the crew were held hostage for another five and a half months, suffering daily beatings, before a ransom was paid and they were released. In all, Jiang spent almost seven months in captivity, and is today a traumatised man who refuses to have anything to do with the sea.


Fast forward to a few months later. Last week, Ibrahim Etman, an Egyptian crewmember on the cargo ship ‘Blue Star’ seized off Somalia on New Year’s day 2009, told his daughter on the phone that the crew were being ‘mistreated’ by the hijackers because the owners have refused to pay ransom and have ceased negotiating with the pirates.


Also, last week, the VLCC Sirius Star was released after a 3 million dollar ransom was paid. Five or six pirates out of the whole gaggle drowned as they were fleeing the scene, when their boat capsized in rough weather. One drowned pirate’s body was washed ashore with $153,000 in cash stuffed into his pockets.


The tragedy is not that Jiang was beaten or that Ibrahim probably has been. The real tragedy is not even that a crewmember was shot dead by the pirates, or that the crew of the Blue Star is at similar risk right now. The tragedy (or it is irony?) is not even that Jiang’s story was unknown for months, and came out in the China Daily this week only because China is using Somalia as a justification for expanding its naval presence in the Indian Ocean, and is using Jiang’s torture to mould public opinion towards that end.


The real tragedy is this: Barely a few days after the pirate boat capsize as I write this, newspapers from the US to Europe and from Hong Kong to Timbuktu are full of the story of the drowned pirates and their blood money. Jiang and Ibrahim’s stories are not even mentioned except in one Chinese and one Egyptian newspaper; in fact, it requires a fair amount of patience to find their stories on the mother of all search engines, Google.


Don’t believe me? Consider this, then: Thirty two seafarers have been either killed or are missing and presumed dead after pirate attacks worldwide in 2008, the most in recent history. How many of their stories have you read? Barring one, I have not even heard their names. Dead or tortured mariners are not really newsworthy. Dead pirates are.


As for the executed Chinese crewmember, his name was Chen Tao. His blood should make us see red. 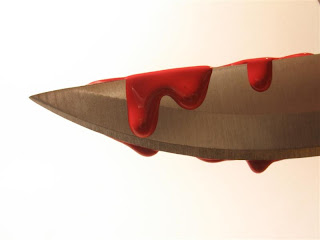 Captain Apostolos Mongouras is another seafarer who continues to be in the wrong place at the wrong time. The Master of the Prestige had salt rubbed into his wounds again as the European Court of Human Rights threw out his case against Spain last week. Mongouras had alleged that the 3 million Euro bail set by Spanish courts in the wake of the 2002 disaster (and after he had spent three months in a Spanish jail) was too high. The court disagreed. Seafarer’s organisations in Europe have cried foul, saying the decision is politically motivated. Organisations like the ITF have issued strong statements. You know, the usual stuff.


More than six years have passed after the initial travesty of justice; six years after the real culprits in the case: three European governments, one classification society and the usual assortment of owners, managers and their lackeys, got away with murder of the environment. Six years after a brave Master was forced away from safety and into bad weather on a disintegrating ship against all tenets of international law and civilised behaviour. Six years after Captain Mongouras was lauded by anybody with any knowledge of shipping for courage and for making the right decisions under immense pressure, including righting a ship in terrible weather and slithering across a damaged deck to attach the vessel to a salvage tug in a raging storm. He was the last man to be lifted off the ship. He was nominated for the ‘Shipmaster of the Year” award by the Nautical Institute.


He was also treated like a criminal by Spain. Politics and the need to find a scapegoat (and deflect attention away from a Government’s atrocious behaviour) got him jailed. Eventually, even his bail amount was politically influenced, even decided. "Given that I chose to remain on board, putting my own life at risk and saved the lives of my crew, I find it extraordinary that I should be treated this way," was amongst the few things he had to say at the time. After nearly three months in jail, bail for Mongouras was set at a ridiculous 3 million Euros precisely because an individual would not be able to afford that amount, one that is not normally covered by insurance. That the insurance club involved paid up is heartwarming, but the Spaniards wanted Mongouras to stay in jail.


Now, more than six years later, this Master is not to be granted any satisfaction of seeing even a small measure of justice being done to him. His human rights continue to be violated, this time by the European Court of Human Rights, for reasons we can all accurately guess. He will see the rest of the industry go on using the same words against their ruling, though. The words will imply condemnation, outrage and disappointment. The industry will not do anything else, or anything substantial anyway, because doing so has commercial repercussions. No rocking the boat in shipping, times are bad, don’t you know?


We usually refer to these stories as ‘The Erika case’ or ‘The Prestige case’ and presume that everybody knows what they are all about. I disagree with the nomenclature, because it ignores the real tragedy behind these affairs, which is the utterly abominable way seafarers are reprehensively bullied by so many. The terminology also ignores the invertebrate response of the rest of the industry towards issues of mariner justice, and the culpable response of many of its constituents whenever accidents occur at sea. The real criminals are usually sitting on dry land even as a case is being made against a courageous and innocent seafarer; this is certainly true in ‘The Prestige Case’


It occurs to me that, judging from the industry’s demonstrated gutlessness and inability to protect innocent seafarers from malevolent justice, the only ‘case’ I can think of that describes the continuing state of affairs has the word ‘basket’ attached to it.

(footnote: The International Maritime Bureau says 32 seafarers have been killed worldwide in piracy attacks in 2008. This is the highest ever number since the IMB started keeping records in 1992).