As the world of shipping continues to lurch from one crisis to another in its inimitable style, I cannot help but wonder what the next crisis, the next flavour of the month, will be. Will it still be the Hebei Spirit? Piracy? Economic doom and gloom? Or, will it be something new?


I do know, however, that whatever it is, the many Macbeths spread across the maritime world will continue to prevail in their usual hand wringing fashion. The shipping industry will continue to address almost every issue with an eventually useless mix of narrow opportunistic self interest and academically propelled immobility, or, when it comes to seamen’s problems, with a dash of raging and calculated blustering impotence thrown in. In any event, the story of much needed improvements to merchant shipping is likely to continue to be, in the Bard’s words, “a tale told by an idiot, full of sound and fury, signifying nothing”.


The drama is, as usual, inanely played and all too predictable. Deteriorating standards, obsolescence or the demonstrated inability of industry players to manage those results in an accident, or a series of incidents. After commercial shipping reaches this breaking stress, statutory bodies gleefully enter the fray. The possibility of new regulations makes them look demonstratably pertinent. Shipping typically reacts to new regulation similarly, keeping itself busy with amending manuals and procedures, adding a layer or two of additional control to the alleged management of ships, and, of course, imploring additional funding from ship owners for all this brouhaha. Grandiose declarations of intent are made. Seafarers are pulled out of the woodwork and inadequately trained in haste. Since Rome was not built in a day, all this takes a while, by which time we are ready for the next crisis. If there is no clear and present danger, we fiddle while the city threatens to burn. The wheel has now come full circle.


Of course, issues related to seafarer safety, working conditions or welfare are not addressed at all, or are promised to be addressed later. They are left simmering, on a back burner so far back that not even industry gas reaches there. I daresay that if more than a hundred commercial airliners had been attacked and over forty of them hijacked in a calendar year, as merchant ships have been, somebody or the other would have, long before now, ‘brought democracy’ to Somalia. At the end of the worst year for piracy off the Horn of Africa, our mariners still continue to be attacked in that region on an almost daily basis. Our ISPS code has proved to be a sick joke; even worse, the shipping industry has done close to nothing to contract this ongoing and potentially fatal threat facing its seagoing employees. It hopes that the UN Security Council will solve their problem sometime in the future. If that is not certified proof of industry incompetence and disregard for seafarer safety, I do not know what is.

However, perhaps it is not that. Perhaps an industry without which world trade would collapse is incapable of persuading the citizens of the same world that seafarers deserve to be protected after years of these attacks. Protected immediately, by the way, not in the hazy and convenient future. That commercial interests do not do this indicates continuing callousness towards the mariner, something worse than incompetence. My list of accused here includes everybody from the UN, IMO and industry bodies right down to thickened Owners and Managers. Individual seafarers too, who continue to agree to sail in these waters, though they are the most powerless of the lot.


Our mariners are being incarcerated unjustly, sometimes for years, while we continue to protest their treatment against all internationally accepted norms of civilised behaviour, and while we continue to bring forth high sounding guidelines to address the mockery of justice our colleagues face around the world. That nobody takes those guidelines or strident protests seriously seems to indicate to the hopeful amongst us that we need new regulations. May I remind all of us that regulations for some seafarer issues, notably fatigue, already exist? Need I remind anybody that these are neglected by the industry willingly and culpably? What makes us think regulations against criminalisation will work when the fatigue issue, first mooted almost twenty years ago, initially mothballed and eventually duly legislated, continues to be ignored? New regulations will do nothing when the flesh is weak, however willing the spirit may be. The Hebei Spirit incident is hardly the exception; it is more the rule now.


The only thing the Rezzak incident demonstrated to me was what I already knew; that the nexus between some owners, Class, Flag States and regulatory bodies is thicker than water, and may be even thicker than the blood of the twenty five missing Indians on board. We have forgotten that tragedy which is less than a year old; attention spans are weak in these days of instant gratification and instant Karma, so we may please be excused.


The absence of shore leaves, progressive living and working conditions and such essentials are considered luxuries for mariners. We resolve and urge countries to give us our rights, and we plead with them for years. An airline pilot without ‘shore leave’ would have called his union and paralysed flights in rogue countries within the day. Of course, living and working conditions at sea are beyond the pale of penny pinching managers and owners, even as they sit on years of almost obscene profits. Some of them have taken a leaf out of the other high flying MBA’s in the derivates market and decimated these profits by speculation in freight futures. As we know too well, the maritime industry, especially the ship management part of it, has not managed recessions very well. As the financial crisis bites harder now, one cannot dig up much confidence that the same system will do much better this time. 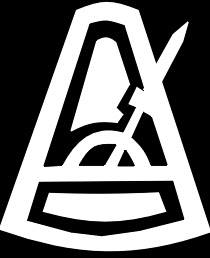 It is indeed a wretched state of affairs when a mariner can trust only those on board when things go wrong. The rest of the sorry industry participants, from the IMO down to the lowest clerk in the ship manager’s office, are, put simply, not on his side. Exceptions obviously exist, but regrettably, the system made up of regulatory agencies, management, ownership, Flag and Port States, Class and Insurance, certifying and seafarer bodies, national and international unions and the wider maritime world, continues to fail the seafarer still. Pathetic is the word that springs to mind.


Meanwhile, we in India do not seem unduly disquieted when a criminalised Master says he ‘doesn’t want to see a ship again’. We do not seem particularly rattled that we do not attract new talent, and that officers we have spent time and money on to educate and train leave us after a few years. We think the Indian recruitment industry will go on growing forever even as seafarers and potential new entrants vote with their feet on their way out. We delude ourselves that we will increase market share of Indian seafarers with platitudes alone. But of course, it will not. I suspect we have come as far as our “management by lurching from crisis to crisis” style could drag us. To grow from here is not so simple; we need to do, urgently, what we know is required to be done. We know what that is; we are not stupid, just lethargically unconcerned about the decline which awaits us. It is not too late, but it is late enough.


For my money, though, the Chinese will beat us here too: they are focused, they think long term and their autocratic system means that policies are made and implemented much faster than they are in our bumbling style of Indian politics and bureaucracy. Not to speak of an industry which will not speak in one pragmatic voice on critical issues with integrity. So, as I look ahead in the new year, I see some writing on the wall, and it is in Chinese.


The writing says something we already know, and have known ever since the time our officers started conquering foreign flag ships a few decades ago.


It says that those who forget history are condemned to repeat it. First as tragedy, then as farce.
.