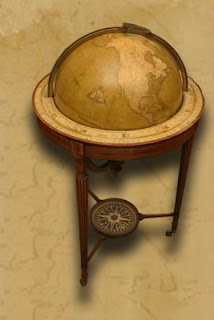 Just a few days ago, on November 12 this year, Islamic fighters seized control of the strategic Somali port city of Merka, just fifty five miles from Mogadishu. Al Shabaab militia chanted "Allahu Akbar" ("God is great") as they entered the city. Most of the UN relief enters the famine stricken country from this area.

Al Shabaab has been banned by the United States as a terrorist group with ties to Al Qaeda. The US has, till last year, bombed targets within Somalia claiming they were Al Qaeda camps. A proportion of the ransoms paid for hijacked ships are believed to finance Al Shabaab operations. This outfit already controls the port of Kismayo, Somalia’s third largest city, which it took in August. It has recently taken control of two other towns near Merka, Bulo Marer and Quryoley. One could successfully argue that it controls large strategic areas in Southern and Central Somalia, and will threaten Mogadishu and the Horn next.


Al Shabaab and the remnants of the Islamic Courts Union seem to have successfully overcome the two year old US backed Ethiopian ‘invasion’ of Somalia after rejecting a UN proposal for sharing power. The battle is now getting bloodier, and the war in Somalia seems to be now getting out of control.


I am sure that the intelligence agencies of the world are following these developments closely, particularly in the US; after all, they have been around in Somalia even before the well known ‘Black Hawk down’ incident of 1993. Unfortunately, the financial crisis, elections and two larger wars elsewhere will not allow a lame duck US President run very far to handle this crisis. In any case, the US sees the piracy problem as a European one more than anything else.


Additionally, I fear that we in the industry are buying the feel good naval presence as the big fix. Maybe we need reminding of Yemen’s links with Al Qaeda, and that Bin Laden’s father come from there. A reminder, too, of the explosive dingy laden ramming of the USS Cole in Aden harbour in 2000 and the tanker Limburg off Yemen in 2002. That region is a dangerous neck of the woods, and Yemen having done a Pakistan act in the war on terror does not change that.


How is all this pertinent to a shipping magazine, you may ask. Well, for one, if the maritime fraternity thinks that the menace of seajackings in the region is going to be solved by coalition navies alone, it is breaking wind against thunder. The problem is not just at sea. The problem, as is usual with many issues we seafarers face, is to be found on land.


Notice that there have been remarkably (and thankfully) few mariner casualties over the years of ship hijackings. I am convinced this is not a coincidence; pirates and terrorists have continued to amass ransoms knowing full well that spilling seafarer blood regularly may force even the usually uncaring international community to rattle some sabre. Notice, too, that coalition navy patrol and recon military aircraft don’t seem to have made much dent in the frequency of pirate attacks and even hijackings. Reports are coming in as I write this on the weekend of the Stolt Valor being released. However, another Stolt vessel was hijacked recently, besides others. These pirates are not some cowboys robbing a liquor store. These are trained militia with a plan. That plan is honed ashore.


The genesis of the problem is decades old and is protracted. India, with much of its cargoes flowing in and out of the area cannot but press for a final resolution to the Somali problem. The Government of India must, without any further delay, push the IMO, the UN and the international community to address the root cause of the problem, which is the state of civil war in Somalia. Warlords have been in control for almost two decades, and the Transitional Government has been transitional for too long out there.


One could argue successfully that Yemen is not a big problem at present. However, we must engage that region diplomatically and otherwise before it becomes so again. India has a huge stake in keeping the sea lanes safely open in the region. And so does commercial shipping worldwide, which is why it must make every effort to push Governments to do more to tackle the Somali crisis on the ground. It won’t do that, unfortunately, because it almost never sees the big picture. It just reacts to snapshots.


India declares itself an economic powerhouse in the making, but it fails one litmus test, which is the protection of its seafarer citizens abroad. Whether in Somalia or elsewhere, this wannabe giant has failed its mariners. Equally importantly, its economic lifeblood is now being choked in its own extended backyard and the movement of its cargoes is threatened by criminals with terrorist links. It cannot sit idly by, fiddling and displaying weakness, much longer. Sending in a frigate is not even the beginning of a resolution to the crisis.

Having said that, two events this week gave me some hope. Both of these- the landmark defence and security cooperation agreements that the GOI signed with Qatar, and India’s call on Thursday at the UN for a maritime peacekeeping force under a unified UN command- are small steps in the right direction. We have to pursue such initiatives relentlessly. Will the government and the industry display some stamina this time around for a change?
----- 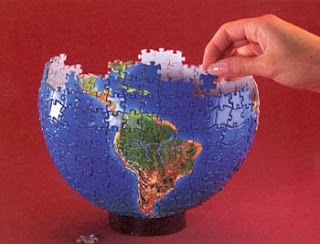 Emails flew thick and fast into my inbox last week as a well known magazine erroneously reported that Capt. Chawla and Chief Officer Chetan had been sentenced to three years in a South Korean prison in the notorious ‘Hebei Spirit’ case. The error was corrected quickly; although prosecutors had demanded the sentence, judgement was expected only in December. Meanwhile and before the correction, seafaring friends and colleagues were up in arms; one could see from the tone of their emails that they were furious.


Calls for action started with the boycott of all South Korean products sold in India and went on to bigger things. Widespread strikes by sailors refusing to sail. Street protests outside Parliament. A call to stop all trade links with South Korea. Other sanctions. Union pressure. The call to arms seemed to be limited only by imagination and the level of latent anger in each of my friends.


I have to admit that, having seen such periodic outbursts from seafarers and ship managers often, their entire reaction looked to me quite like that of a man going into a coma. I have seen one such person display remarkable lucidity for a few minutes before nodding off into comatose slumber again. He would repeatedly and instantaneously wake up when tapped on the knee, converse with absolute clarity for a minute or so and then doze off. I remembered that gentleman as I read the emails, wondering when my colleagues would complete their ranting and nod off again, waiting for the next wake up call. Sadly, that is often what we mariners do: get briefly outraged and then get on with our lives till the next outrageous incident occurs. Deja Vu.


Anyway, after the magazine report was corrected and the dust (and the enthusiasm) settled, I sent a short email back, reminding the gentlemen concerned that I had been seeking their support unsuccessfully towards an honest and effective seafaring representative body for quite awhile now. I also informed them, moderately facetiously, that I had very recently decided against purchasing a Samsung microwave oven in favour of a non South Korean brand. A small blow for the Hebei Duo, I had thought, even as I paid two thousand smackeroos more over my wife’s protests.


Finally, I hit the ‘reply all’ button and told the guys that I was a little weary of these sporadic militant childish outbursts which I had seen too often. We never did anything, I told them, which was exasperating. I said I believed that it was time for all of us in the shipping industry to either put up or shut up. (Aside: I don’t think that made me very popular, although like Wilde, popularity is the one insult I have never suffered).


Towards the end, I ask you to forget that aside for a moment. What I really want to ask you is this: when I told my friends all that, did I lie?
.
Posted by manu at Saturday, November 29, 2008

Email ThisBlogThis!Share to TwitterShare to FacebookShare to Pinterest
Labels: criminalisation of seafarers, terrorism