IMO Secretary General Efthimios Mitropoulos said a week or two ago that his organisation was about to launch a global campaign to enhance the image of the industry. He also said that the crewing crisis could be much worse than earlier forecasted. Some other industry bigwigs have expressed this view as well, that the shortage of officers worldwide will remain even as all economic indicators fall through the floor.


I don’t buy this argument too easily. I believe that analysts and administrators are either putting on a brave face in response to the crisis or trying to stem panic. The dry bulk cargo market has collapsed and bulk and container vessels are already beginning to be laid up. Job loss and consumption figures from the world’s largest consumer, the US, are alarming. Downstream heat is being felt worldwide, including in India and China; in fact, the heat was just turned up. My feeling is that the scale of this crisis may well be unprecedented. Even if it is not, it is safer to assume a worse than expected scenario.

This will not happen tomorrow; the cycle of industry contraction, mothballing of ships, cancellation of shipbuilding and shrinking tonnages has to play out first, but some signs are clearly visible already.


The purpose of this article is twofold. One, I am here to warn seafarers that the days of easy jobs and quarterly upward revisions to salaries is over, and that many of us may well find that jobs are getting scarce. Two, I am here to remind the wider maritime world that this is the time to, amongst other things, re-evaluate performance evaluation systems.


To the seafarers: What those industry bigwigs do not tell you is this: long term projections of industry work force requirements have really nothing to do with short terms ones. This is especially true of a cyclical industry, which is clearly overtonnaged for the next couple of years at the very minimum. Seafarers have contractual jobs, and existing officers have to look at their earnings in the next couple of years as closely as they look at those beyond far horizons. The industry does not really care about seafarer employment prospects in the short term; it simply doesn’t pay them if it does not employ them. In the longer term, however, it cares, and cares deeply. Because, you see, if there is a shortage of qualified personnel, it has to pay higher wages. Shortage of officers is not good for owners; a surplus is much more preferable. They would like officer supply to exceed demand forever. 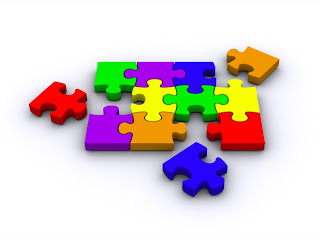 Incidentally, this is a good time for firms to begin demanding better performance from its employees at sea. Many seafarers have got away with mediocre professional competence and performance for too long. I have seen too many mariners in foreign companies whose only motivation is obtained by multiplying their salaries by 45 or the latest exchange rate. Worse, too many seem to perform at a minimum level required to retain their jobs. I could make a case for why poor attitudes, inexperience and a tendency to sit out contracts is unwarranted even in boom times; in times of slowdown and uncertain revenues, this is critical and should not be tolerated. The situation, by all accounts, is even worse in Indian companies. I know senior officers who do not want to sail in some only because of the poor quality of officers and crews. This industry tolerance for mediocrity extends across nationalities. Quick promotions hardly help.


Our system of retention must be overhauled right now. On the one hand, mariners in many countries are let go when their ships are sold or mothballed, or, in the Indian context, they are not recalled for future contracts. This is absurd, because it does not compare the competency of the mariner being fired with other mariners who have been retained simply because they happen to be on vessels that have not been taken out of service. A little logistical juggling is all that is needed to ensure that the right person is retained regardless of which ship he happens to be sailing on.


On the other hand, performance evaluation parameters, in my experience, are often vague and arbitrary. There needs to be much more stress on professional competence in these evaluations, which are often skewed towards subjective assessments with headings to match: assessment of a mariners ‘team player’ abilities or his ‘ability to get on with contemporaries or shore personnel’ are important, sure, but professional competency and personal integrity is critical. It is not always weighted as such.


(Frankly, I do not like the ‘team player’ term. Although it is obvious that teamwork is critical in running a ship, that phrase is used far too often to indicate and reward subservient yes men or to promote obsequiousness. A ship is run by individualistic professionals coming together as a team and not by persons servile to anybody on board or ashore. Sycophancy is not professional, and neither is a ‘team player’ the way that term is used today. ‘Don’t rock the boat but you can be mediocre’ is a poor message to send. Sometimes the boat must be rocked for it to remain steady; professional disagreements which improve overall performance are preferable to smooth sycophantic agreements that do not.)


Adding to the evaluation mess, senior officers at sea usually fill in a dozen evaluation forms in half an hour; the ‘fit for re employment’ box seems to be the only important tick in the entire sheet.


Importantly, performance evaluation of Masters usually falls through the cracks in the system. Superintendents are normally engineers and unqualified to evaluate the Master’s navigational, ship handling or leadership skills. Senior Masters ashore do not come into contact on a day to day basis with sailing Masters; in any case and in many instances, people ashore have not sailed for years and their experience is dated. Funnily, companies sometimes lay great store by what even lower ranking office staff say anecdotally about senior officers; I was irate once when the word of a glorified electrical engineer working in the office were taken over mine on navigational matters.


This hole can only be filled when updated shoreside Masters are directly and regularly involved with each ship in the fleet. A DPA looking after a dozen ships will not do. The inaccurate and inappropriate methods of evaluating a Master’s performance currently used need an urgent overhaul. Incidentally, I disagree with the idea of an ‘open’ evaluation system at sea. I disagreed twenty odd years ago when I was a junior officer (even though the British Master in question had given me a good report and subsequently promoted me, I tore up my copy in his cabin before leaving. I disagreed with the concept on principle.) It would be much better if reporting officers were debriefed after signing off and their opinions on officers or crews recorded. Junior officers and crews could well be debriefed similarly on their next call to the office and their views formally taken.

This, to me, is a more workable system, but it implies a properly functioning Human Resource element within the organisation. The problem is that most shipping companies do not have HR in their scheme of things. This needs to be fixed today; do not get me started on this again!


Seems simple, doesn’t it? Fix HR, revamp evaluation system and push for performance. And, do I need to say this? Make it an integral part of retention and promotion. Discard the notion that we seem to work with too often: the notion that a seafarer’s main qualification is just being at the right place at the right time.


Women across the world would undoubtedly agree with me when I say that the wrong man at the right place at the right time stinks.