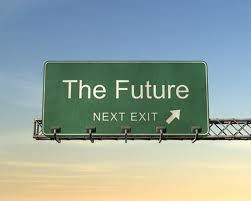 Most people do not go to sea any longer, as many in my generation did, because we loved the life and made good money at the same time. They go because they do not have what they see as better options. With everything that sailing has become, they want to come ashore earlier, too, even if they sail. Nothing wrong with that, except that in my opinion they seek options ashore for the wrong reasons- just as they did when they signed up.

All this struck me talking to yet another thirty something Captain last week. He was looking to get a job ashore, and it seemed to me that, instead of concentrating on what work he would enjoy doing, he was focused only on seeking to do something based on how much money he would make.

I wanted to tell him that he would do better trying to be happy instead of trying to be rich- and that, by disregarding his instincts and concentrating on salary, he was setting himself up to be unhappy. I wanted to tell him that if he were any good, there were many areas in shipping where he would anyway make more money ashore than he does when he sails today- not at the outset, certainly, but certainly in a year or three. He would therefore be better off identifying what he wanted to do.

I wanted to tell him to be sure he had what it takes to begin with, because there were too many mediocre people out at sea today who are better off sailing because they are simply not good enough to be ashore. I wanted to tell him that everything else I thought assumed that he was not one of those people. Or indeed, that he was not somebody like me- who loved the sea so much that he delayed leaving it for years.

I wanted to tell him that he did not yet have enough information about shore salaries and prospects to make a decision, partly because the industry conspires against sailors by keeping them ignorant about their options. Because it doesn’t want good seamen moving ashore- they are needed on ships. Besides, good senior officers often make good managers and threaten to take away existing jobs ashore from the very people who are part of the conspiracy.

I wanted to tell him that his calculations of income taxes were wrong. Too many Indian sailors just take thirty three per cent off gross shore wages as tax liability and shy away from shore jobs; real taxes are much lower after they have been properly calculated, and after legal deductions have been applied.

I wanted to tell him that his projections of domestic expenses if he moved ashore were warped because of his old sailor’s habit of burning money between ships, and that many of his expenses were higher anyway simply because he was sailing. Many other costs were directly related to his profession. These would come down significantly if he moved ashore.

I wanted to tell him that he was hugely underestimating- by a good 30 per cent, at least- the salary package he would be drawing within three years ashore. That he was perhaps underestimating his potential; many seamen do that. We are willing to do whatever it takes to make things work, I wanted to tell him. It is in our blood, because that is the way things are at sea. I would have liked to tell him that while heading a software setup for a while in India midway through sailing, my US based boss had made a comment, saying that we should find merchant naval officers across India to help in our expansion plans. Seamen, once given a job, see it through; that is a unique work ethic- and uncommon ashore.

I wanted to tell him that- once again, if he were any good- he should try to identify what kind of work excites him ashore, and answer some basic questions while he is about it: Does he want a second high pressure career or a semi-retired life? Do family or other commitments restrict his location? Where does he see himself, personally and professionally, five years down the line? Ten? Is he qualified enough? Does he have enough savings to last through the first year or two while he is setting himself up?

I wanted to tell him to take a year off and take the plunge; do something that excites you. See what happens. The Certificate of Competency can be burnt later. I wanted to tell him not to be worried about his shore move not working out- chances were high it would. Even if it did not, one of the beauties of the profession of seafaring is that it gives you unmatched flexibility; I cannot think of anywhere else where you can take a two year break, for example, without major career related setbacks if you change your mind and return, as  I have done once or twice. It is stupid, therefore, not to use the flexibility that you have been given, I wanted to say, when your heart is telling you that you want a change.

I wanted to tell this man many things, but I did not. I did not know him well enough. Come to think of it, neither did he.