Shipping and the human ailment 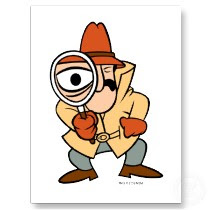 What is this thing- 'The Human Element'- which so many forked shipping tongues are speaking about for so long? Does the term mean different things to different people? Is it just another phrase to be thrown around at seminars that actually signifies little? Does the repeated use of the term- the Human Element- simply betray befuddled confusion in the speaker’s mind? Is it just a means used to control costs and reduce insurance claims? Does it mean anything at all? Or, are these constant ulcerated utterings admitting to a complete lack of industry understanding of the seaman's mind?

Context is everything. Take the circumstances in which the commercial world uses the term. There we have, usually, along with the usual dreary statistics from yet another fuddled insurance club- you know, the usual xyz percentage of claims are related to human error kind of trite remarks - a gaffer or two throwing up his hands and pointing to The Human Element as the root of all evil, and the real reason why shoreside bonuses are not higher this year. Soon comes the spiel about better crew training, high (hic) industry standards, the need to control costs, report near misses (hope they are pretty, at least) and all the rest of it. In this context, the 'Human Element' becomes the main excuse for skimpier bottom lines or lower profits. This sort of thing always reminds me of a male teenager's befuddlement at his first sighting of a female undergarment. Excited he may be, but he is also clueless.

Damn, the insurance companies, owners and managers are actually saying. Sailors' mistakes are costing us money. We had forgotten that the industry actually employs flesh and blood people. If only we could switch them on and off like machines, as pretty girls seem to be able to do. If only there were no 'Human Element' at sea, we could save millions every year. If only we could carry on our schizophrenic policies- treating staff ashore well and treating staff at sea barely humanely- without financial consequences. If only sailors weren't human beings. Sigh.

Another context is revealed by the researcher’s use of the term. By the way, researchers, consultants, regulators and other sundry personnel are being classed together here, because their motives, outlooks and productions are near identical. They will take an old issue and rehash it, producing thick reports (or at least a large pdf file) at the end of the exercise. They will examine every pore of the specimen- the sailor- under a microscope for this purpose, wasting months in 'studying the problem' (the sailor, of course) and then decimating small forests to produce paper for their reports. They will dehumanise the specimen (the sailor, the sailor!) as required for their narrow ends. Pretend that the 'Human Element'- and human error- are unique to ships. Present old findings in new language, and hope not too many notice. (Aside- after dinner speakers, please note- when you use 'The Human Element' in a speech, do it sonorously and with a mysterious air; this will confound everybody properly).

Forgive them father, because they sure as hell don't understand what they are saying.

I obviously don't know what sailors around the world think of the 'Human Element' circus (now there's a subject for somebody to research- keep everybody busy for a while). I do know, however, that I find being referred to as a 'Human Element' deeply patronising. I agree that human error should be minimised for safety using whatever means necessary (Aside, my response to a Chief Engineer on a container ship when he said the engine tripped because of 'human error' was, once, 'That was not human error. That was a screw-up'.) But you aren't going to discover anything useful when you go bumbling around like Inspector Clouseau with a magnifying glass stuck to your eye, missing the woods for the trees.

Besides, the industry always seems to bemoan the fact that sailors are invisible to the general public; by treating them as specimens in your kitchen laboratory, you bring this invisibility well within industry borders. And, in the process, you reveal- much like the bumbling Inspector- your complete cluelessness and lack of basic common sense. Not to speak of your garish exhibition of a complete lack of sensitivity and ignorance about the basics of HRD.

All that said, I am curious about just one thing. How many sailors wonder, as I do, about how much of the same 'Human Element' exists on the other side of the Clouseau-ish magnifying glass?

On the evidence, not much, Melud.
.

Thank you for being our teacher on this subject matter. I enjoyed your own article quite definitely and most of all enjoyed the way in which you handled the aspect I widely known as controversial. You happen to be always quite kind towards readers like me and help me in my life. Thank you.

I couldn't have asked for a better blog. You happen to be always at hand to offer excellent guidance, going straight away to the point for easy understanding of your site visitors. You're really a terrific pro in this subject matter. Many thanks for being there visitors like me.