Heart of the matter

I watch the kids’ frenzied dancing; pent up release, no doubt, after three months of a controlled and disciplined existence. Their Pre Sea training is complete today; their farewell speeches were simultaneously hopeful and nostalgic and could not really mask the excited anticipation of going out to sea for the first time: a feeling we jaded old timers have long forgotten.


Until a day or two ago, we complained that many were of low academic calibre, unable to understand even school level mathematics and physics. We said that most were not committed and many were lazy. The instructors got angry when students could not answer, in weekly tests, stuff that they had repeatedly taught them. We told ourselves that they would be in for a rude shock when they stepped on board their first ships.


We should have, instead, asked this question much more frequently: Did the faculty do their best for them? Did they teach with heart?


To exhaust the faculty’s other excuses, the syllabus mandated was incomplete, ill conceived and generally not fit enough for purpose. Commercial constraints and unavailability of appropriately experienced personnel meant that the institute had to teach some subjects with second best faculty. The institute’s administrative systems were not strong enough, resulting in delays in dissemination of course material. Some infrastructure and power problems meant that they could not use computer based training to the extent desirable. There was an outbreak of flu. There were too many changes with visiting faculty in one important subject.


Pardon my French, but all these excuses are bull. Of course, they make a difference, in the end, to quality of education; I am not denying that. Of course infrastructure or other such issues can jar continuity of teaching, be major irritants and generally make the process of training more difficult and less palatable; I am not denying that either. Nevertheless, these reasons ignore the fact that faculty must, periodically, introspect and determine how committed they are and how much of themselves they put into what they teach. If they are not committed enough, all these other reasons are chaff; worse, these red herrings will ensure that the quality of education will stagnate and not improve in the future, for they are good excuses.


“Are we putting our hearts into the training?” is a good question for any educational institution to ask; it may even be the most important one. The query forces the trainers to accept responsibility for training. It weeds out educators that phone their lectures in. It discourages the acceptance of lacklustre commitment and semi retired mindsets of some permanent faculty or the unprepared ramblings of some visiting faculty. It forces the organisation to find solutions to its other problems that degrade training. It satisfies the immediate customer, the student, who can very well tell an average faculty from a dedicated one. Moreover, the question implies a critical ongoing drive towards excellence. It demands a response.

That same query, in the end, will differentiate an exceptional Maritime Education and Training institute from an average one. The answer to this question will give you the winning edge.


I want to ask the question of the institution as I have a celebratory drink with everybody after the formal passing out, but I postpone my inquiry. Some questions are better asked stone cold sober. 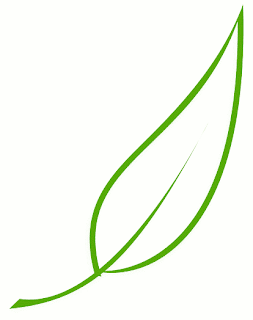 A couple of lakhs does not seem like a lot of money to many of us. Two hundred thousand rupees will probably not even buy you a cheap car barring the Nano. At less than a month’s wages, it certainly is not a lot of money for many at sea and in many jobs ashore these days.


However, to an aspiring Cadet whose parents have taken a loan in an attempt to guarantee his future, two hundred thousand is far from peanuts. And, if he has signed up for a foreign Certificate of Competency, this is probably a fraction of what he will finally spend before he gets his Second Mates certificate. He will save some money out of his stipend at sea, but it will not be enough; more loans are in the offing.


There is this cash crunch with many trainees. There is supposed to be an officer crunch too, with the industry reeling out statistics of projected shortfalls of officers over the next few years. If these are indeed genuine numbers (I reserve judgement), owners and managers should be looking to sponsor cadets in far greater numbers than they are doing at present. This patronage can come along with a legally binding surety that the cadet will work for them for a certain period after his Certificate of Competency. Instead, we have at least one major shipping company announcing that it cannot guarantee placement of its own trainees after their graduation.


In the mid seventies, when even a lakh meant something, my parents spent ten thousand rupees or so on eleven months of my training. My examinations were all in India, and like many, I too managed those with no further financial demands on my folks. However, I had to sign a three year bond with Scindia’s, agreeing that I would work there for a couple of years after my apprenticeship. I left anyway as soon as I got my Second Mates. It wasn’t the money; somehow, I knew that an Indian ship culture was not for me.


Companies who fear that this scenario will repeat itself with present day Cadets may do well to remember this: out of about twenty Cadets in Scindia’s, just two of us left, and I believe the other person did so because his family was migrating to Australia. The owners were therefore ahead of the game. These statistics favour the shipowner even today.


Investing for the future does not mean buying office space when real estate prices are low. People are the differentiating factor, not infrastructure. I dare the industry to boldly go where they have never gone before, and spend some time thinking about their future human needs, both at sea and ashore.
.