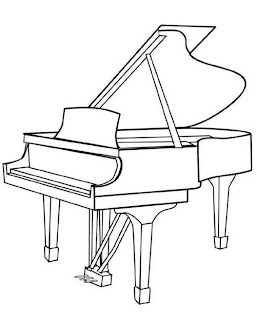 I went to a jazz club the other day to watch my son play the piano, but the evening turned out to be about more than just good music.


Sitting on a barstool with an overpriced vodka, an undervalued wife and an unlikely friend, my thoughts turned to the thousands of sailors who were at sea at that very moment, far from their families and close to God. And so I asked myself that old and banal sailor question that some of them were probably asking themselves at the very moment, "Is a sailing career worth it?"


Proper contemplation of this question evidently required a refill. Many, in fact. As you know, vodka favours the prepared mind.


“When you become a seaman, you sacrifice your freedom for your family", is a Ship Captain’s quote I read recently, and which resonates along with Karthik’s drums in the bar. True statement, that, and getting truer every year, although, when I once compared a ship to jail, a Norwegian manager told me quite pointedly, “But a well paid jail, Captain, and one you can leave anytime!” Nevertheless, a seagoing career today seems to me a bit like Hotel California; you can check out anytime you like, but you can never get shore leave.


I remembered meeting an interesting Ship Master recently: Besides sailing occasionally, he is a registered and practicing lawyer, runs a school and a farm, teaches and is planning to enter politics (I told him that I thought I was the only one who did weird things). Curious, partly because somebody like me would never contemplate politics, I asked him why. His reply, paraphrased, “I have to make up for having spent thirty years in jail”.


As my son produces a breathtakingly smooth version of ‘Summertime’ (when did he learn to play like that! When I was at sea?), and as Indu’s singing draws huge applause, I remember my father and mother who escaped Pakistan during Partition with not too much more than the clothes on their backs and the education in their heads. Two generations later, their grandson can afford to pursue a passion that is an uncertain career choice, to say the least. I like to think that my sailing has been responsible for some of that. My being at sea has set him free.


Life, the vodka reminds me, is all about quid pro quo, but it is not a zero sum game of Monopoly. So, at sea, after a certain point one is playing the game just for the “Get out of jail free’ card. Meanwhile, the game is tough but rewarding. It teaches you about life and yourself. It strengthens you as a person and it clarifies priorities. As distasteful as some of the players in the game are, they are the sideshow that cannot be allowed to take over one’s life. Difficult as it is increasingly becoming to enjoy sailing, there is still charm to be squeezed out of it. The slice of lime in the vodka is getting drier by the day, though.


Thirty something years ago and on a training ship, I was asked by an All India Radio interviewer why I wanted to go out to sea. My flippant reply (which earned me a really hard pat on the back from the Captain) was, “To get away from civilisation.” As you can see, I was still precocious at 17, but that was undoubtedly one genuine reason. Adventure and Money were others. As it turned out, the sea met all my expectations and more. It made a man out of me. I am grateful, today, for the experience and the opportunity.


Sometimes I feel I must return. I miss the wide open expanses, the salt on my lips and the wind in my hair. Still and all, I am glad that I have returned to civilisation. Like Chief Bromden in ‘One Flew Over the Cuckoo’s Nest’, I been away a long time.