The Master and no Margarita 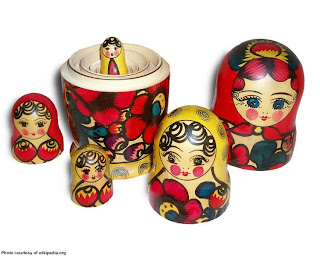 Bulgakov’s “The Master and Margarita” is one of my favourite books. A satirical story set in the days of Stalin’s Moscow, it includes the devil as one of the main characters. Margarita, incidentally, is the ‘Master’s’ mistress. Much like the story connected with banning of alcohol on many ships today, the novel is a strange, satirical and often absurd tale. Somebody described it once as Dante’s Inferno meeting the Marx Brothers.


Coincidentally, the Margarita also happened to be (note the tense, please) one of my favourite drinks at sea. My preferred version had three parts of tequila, one part of triple sec and one part of fresh lemon juice. Crushed ice, chilled salt rimmed glass and shaken, not stirred. One drink in the smoke room in the evening before dinner. ‘The Master and a Margarita’, I sometimes joked.


Then the powers that want to be decided to treat me like a retarded child.


Much like Bulgakov’s story that sometimes reads like a story within a story, the evolution, if one can call it that, of the ‘Drug and Alcohol policy’ on board ships is yet another matryoshka doll exercise at sea. Much like those Russian dolls one inside another, one rule pops out of another in the D and A policy too. At the end of it all, the smallest pygmy dolls and the most draconian steps emerge. These dolls then decide that Masters and crews can be trusted with sometimes a couple of hundred million dollars worth of ship and cargo, but they cannot be trusted with a can of beer. They decide that there will be no alcohol carried or drunk on their ships at anytime, anywhere. Ever.


And what is worse, these dolls get away with it.


In no other industry anywhere in the world is a worker subjected to such harsh restrictions on his personal choices over months on end. Perhaps astronauts at space stations are, and so are Saudi Arabian residents and jailbirds elsewhere, but nowhere else is such an exercise even attempted. Restrictions may well apply to people operating machinery, to pilots and many others, but they do not do so twenty four hours a day over a nine month contract. There would be uproar if this measure were even mooted elsewhere.


I am well aware (how can I not be?) of the history and the rationale behind the arguments in favour of a complete alcohol ban. I am not advocating drunk crews operating ships as the alternative here. What I am advocating is this: it is high time everybody in the industry, including charterers, owners, managers and ship vetters, started treating me like a Master and not like a wayward juvenile delinquent. It is high time everybody started treating crews with some respect and not like they are some dumb animals that must be controlled or else they will run amuck after being intoxicated to the gills.


I am also advocating leaving the subject of alcohol intake of the crew to where it rightfully belongs: with the Master. I imagine that this gentleman, who the dolls give overriding authority on paper to protect themselves not all that long ago, should be able to stop the crew getting inebriated regularly. He did that earlier, before the days of the headmasters, didn’t he?


Sure, have a zero tolerance for drunkenness. Use the breathanalysers and urine testers freely. Let the axe fall on defaulters. However, for those many companies that bar any alcohol at all on board (and, if you are an Indian seaman, there are too many), I say this: Treat people like adults. Leave some things to the good sense of the individual and the Master. In addition, in Ronald Reagan’s words, trust but verify. Your crews are responsible for much bigger things than a bottle of beer. If most of them can handle those, most of them can handle a beer too.


Instances of alcohol abuse have sometimes occurred when people drink too much just before their ship is due to sail. Remember the Exxon Valdez? In many such cases, the reason people drink too much ashore is that no alcohol is available on board after sailing. If it were, they would not be tempted to go on a binge, I think, and certainly not at a waterfront bar just before sailing. Why do that when you can enjoy a drink in peace in the open sea?


This Master, for example, would rather have his single Margarita a day or two after sailing out of port, when in the open sea, rather than just before departure. That is just common sense. Besides, have any of the matryoshka dolls making these rules sailed in recent times with port stays, regulations and short manned crews being what they are? Come on, we are fudging port rest periods here. Do you think we have time to get sozzled regularly?


A couple of years ago I sailed on board a Scandinavian vessel before it was taken over by us. The Master, officers and crew were liberal in their intake of alcohol with every meal, and on most evenings, weekend barbecues and parties. Although Margaritas were not on offer, everything from beer to cognac to Schnapps was. Having seen and heard of similar instances where at least some Western mariners are allowed, by their companies, to drink alcohol freely on board, I wondered why the head masterly ‘zero alcohol’ rules seemed to be reserved largely for Asian mariners.


In this context, a slightly surreal story is that of Capt. Phimister’s recent trail in the UK. In November 2007, Capt. Phimister went ashore from the support vessel ‘VOS Viper’ with Chief Officer Gordon Buchan to celebrate his own birthday; when they returned, the Chief Officer, subsequently found to have four times the permissible blood alcohol level, boarded the vessel and died after falling down some steps. The Captain was charged with breaching the vessel’s safety management system, and was fined 1800 pounds last month for allowing an ‘over the limit’ crewmember back on board. The British Union Nautilus points to increasing seafarer criminalisation and calls these developments ‘extremely disturbing’, adding that the Master’s decision to allow Mr. Buchan back on board was one in which he was ‘between a rock and a hard place’. What was he to do? Leave Mr. Buchan on the pier? What would have happened to him there? What if he had fallen and died on the pier instead of on board?


While explaining his reasons for letting the Chief Officer board the vessel, Capt. Phimister had earlier elaborated that the ship was not scheduled to leave for twenty four hours and there were other (and sufficient) crewmembers on board in case she was required to shift berth. Nautilus may be right when it says that this case raises ‘fundamental questions about the responsibilities of masters and the workings of the ISM Code’.


If these draconian rules must exist at the expense of all common sense, then this Master would like to see them extended to other matryoshka dolls, please. What about the ‘Zero Alcohol’ policy applying to people in other critical positions in the industry? Let’s see, now, by the same reasoning, no alcohol should be allowed to pass the lips of DPAs, Superintendents and others in emergency response systems or teams, Shipmanagement company senior managers, outsourced oil spill response personnel, and many, many such more. Not a drop. Ever. At any time of the day or night.


Sounds absurd? Then welcome to Bulgakov’s satire. Welcome, also, to Stalin and the devil’s Kafkaesque alternative.