For many ship owners, the arguments in favour of outsourcing operational and technical matters to shipmanagement companies are old, powerful and compelling. For an owner who may have little knowledge of the complexities of the maritime world, management seems a one stop solution. He gets the advantage of economies of scale. Extensive operational and technical knowledge. Ease with Statutory and Class matters and the advantage of a large and worldwide shipmanagement interface. Experienced owners get advantages too, like legal advantages and advantages on questions of liability. Plugging in to a wider gamut of maritime professionals, manufacturers and support vendors.
This is a pretty long and impressive list. On paper, at least.

At the same time, owners who manage their own ships advertise this fact loudly to potential recruits. And many seafarers prefer to work with owners rather than managers.

More on that later. I would like to elaborate on some other issues first, because it is my firm belief that for the long term and discerning shipowner as well as any officer who is not mediocre, a shipmanagement company is far from the best place to maximise potential.

The main problem with management is there is often clear pressure for the Master, officers and crew on all management ships to act in the interest of the shipmanagement company first and in the shipowner's interest second. This is interesting, because a Master's traditional brief usually includes crew, cargo, ship and owners. The argument that the words 'management' and 'owners' are identical or interchangeable and that the interests of both coincide is facile, even disingenuous. 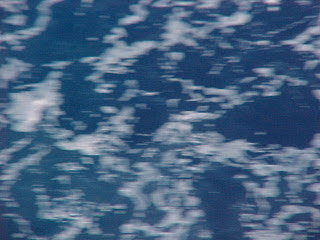 Just one example, I have sailed on a ship where the vessel's position was doctored for the owner's daily reports for days altogether because of machinery problems and a secret option being kept open by the managers to pick up spares after diverting to another port. Parallel positions were reported and the final diversion was then minimised to protect management from charges of unprofessionalism. The object of the exercise was clear: it was to downplay the cost of poor maintenance and even poorer stocking up of spares on board. Perhaps the owners didn't buy the argument too well; it appeared to me that they put it under the 'cost of doing business with shipmanagement' on some spreadsheet.

Though this is an extreme example, there are countless others when the owners are, routinely and with calculation, misinformed on what the management and crew are doing or have done. This includes condition of critical machinery, bunker consumption and fuel efficiency, average speeds and maintenance details.

Most management companies do not think long term. Whether it is maintenance, crew welfare, statutory compliance or otherwise, the thinking, like the budget, is usually till the end of the year. Everything, including probably the Superintendents bonus, depends on what one does within this short time.

The other overwhelming imperative is, obviously, the need not to lose a client shipowner. Understandable though this undoubtedly is, it does not condone tendencies on the behalf of most management companies to bend rules and fudge figures to accommodate this. The game is played well, with many Owners' pretending they don't know what they haven't been told; what is not on paper is conveniently taken as invisible. The bottom line, however, is watched with a hawk's eye.
For a seafarer, though, this bending of rules sometimes translates into a less safe ship.

In my experience working for both, ships under management usually have poorer maintenance standards than when owners manage them. Not only that, management setups tend to keep everything at a mediocre level. They are driven by considerations of annual declared budgets, penny pinching (We have a hundred ships. If we save a hundred dollars a month on each, we are talking about decent annual money) and the need to keep snafus insulated from the Owners. Woe is the Master or Chief Engineer who forgets this basic fact. Team players are good, because they toe the line. That this constant second guessing consumes a fair amount of energy on board and is detrimental to basic efficiency is immaterial.

Seafarers contribute in no small measure to this professional degradation. A contract becomes more 'work in isolation', and there seems to be little will to do the job with a long term perspective. This acceptance of lower standards is widespread amongst floating staff too. The primary objective is often the completion of the contract. The rest is chaff.

The additional fact that there are enough owners out there who buy and sell ships like used cars, who threaten to change management unless costs are kept low and who change management every couple of years means that a seafarers chances of getting a junk in a management setup are higher than otherwise. This is not an excuse for Shipmanagement companies, by the way. Any half way decent one should refuse such run down vessels, but commercial considerations, like fatal attractions, prevail.

When safety issues get involved (and lets face it, the condition of equipment and machinery is directly relevant here, so this happens often) things get even more chaotic. Here, the default and unstated but clearly implied position of many managers is 'minimum compliance, maximum certification' (yes, including in 'top' management companies). Emails are circulated in fleets how xyz ship passed the USCG survey with 'zero deficiencies'. Known serious deficiencies are still not easily corrected. We wait for somebody to tell us what we know is wrong.

More alarmingly, I have witnessed the handling of life threatening incidents getting lower priority over the desire to retain an owner with a few ships. Blood money smells.

Just two instances which I believe highlight the unique issues with management companies. Incidentally, both are from very well reputed setups:

· I have taken over a ship with a two foot long and six month old crack in a shipside weld, which was nicely papered over with masking tape and painted. It was also not reported to the Owners. Why? Because work would have been required to be done which would have meant delays? Good job, guys, you didn't rock the boat.

· Prior joining a vessel, I have been given handover notes from the Master I was to relieve in a few days. These were then discussed on video conferencing with the managers. I have discovered, later and on the ships computers, that these handover notes were about two years old. They were being printed with minor changes since then, and presumably being discussed at other conferences. No problems, no issues, everybody happy with their head in the sand. ISM requirements complied with. Put a tick on that checklist! On the same ship, my relieving Master got annoyed with me because I did not give him the password of the 'new' handover notes I have made on the ship's computer (I forgot to delete the file). Never mind that he has printouts and the company has a copy. He wanted my computer file accessible for copying when he signs off; he called up my hotel after I had signed off a few times to get me to change my mind.

Looking at most management companies from a seafarer's point of view, these companies are probably excellent employers if one is a mediocre or low calibre officer. Large fleets, more employment opportunities. Lower expectations and pressure. (Lower wages, too, but like the lady told me once, you can't have everything). If you mess up a couple of times you may get away with it; you will be switched to other owners. More anonymity, which suits a low calibre individual just fine. Just keep the management happy above all others; come and go when they want and accept a little unprofessional pressure. And before I forget, for god's sake don't rock the boat.

On the other hand and by a similar yardstick, these are not the companies that a seafarer with higher standards of efficiency, integrity or professional pride should preferably choose, at least long term. Go where you will be more appreciated and where you will respect employers more; go to good ownership companies. All other things being equal, you will be happier there. Avoid Shipmanagement companies if you can, except for the few exceptions which prove the rule.


Come to think of it, I would have the exact same advice for above average owners, too.