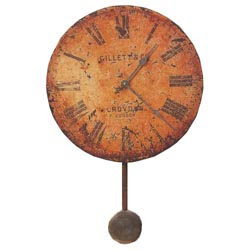 The IMO Secretary General is pushing the ‘Go to Sea’ campaign once again, talking about the continuing shortage of seafarers, the industry’s poor public relations profile and the ongoing need to train professionals for the industry. Industry think tanks have more or less echoed the IMO’s statistics, bolstering opinions with alarming sounding numbers of officer shortage projections, which, according to them, will continue unfettered despite the equally alarming projections of global scrapping of ships, cancellations of new builds and layups. If one can believe these figures, the pictured shortage of seagoing officers remains in the tens of thousands over the next few years. Not just that, but these experts say that present shortages will continue despite shrinking fleets.


With all due respect, I would like to know the basis on which these figures are calculated. We are talking about huge numbers, and something doesn’t tally here. For example, if I were to assume that there an ongoing shortage today, then I must logically assume this too: that last year, when the boom was still apparently on and the bubble had not yet burst, a significant number of the many more ships in service then were unable to sail because they did not have qualified personnel on board.


We know that did not happen. Industry projections today, therefore, smell a little bit to me. I suspect that at least some have been pulled out of a hat, thence my request: can we define the hat with more transparency and clarity, please?


If I were charitable, I would think, perhaps, that the industry’s stress on training and continuing, even increasing, the intake of young blood into shipping in today’s turbulence is a realisation of what we did wrong in the eighties. I may think that ship management mandarins have now realised that the decimation of training and fresh induction in the last bust resulted in terrible shortages of skilled and educated officers later. I may agree that these folk are determined not to repeat their blunders this time around; thus these numbers.


If I continued to be charitable, I would assume that the IMO, other international bodies and think tanks, private and public satraps and the miscellaneous people who influence shipping policy have no vested interests or hidden agendas, and that their only imperatives are altruistic and for the well being of the industry as a whole. Maybe I would even accept, in a moment of weakness, that they have the projection of maritime manpower requirements down to a finely honed art, and that their figures have thus great sanctity, integrity and purpose.


Unfortunately, based on the last couple of decades of experience, I do not think so. Even worse, I suspect the motives of more than a few participants in the officer statistics being hung out to dry by everybody today.


A simple question: What figures of shortages would we get if shipowners were forced to offer permanent employment to all the officers that they henceforth employed? Would they want to induct the numbers of officers now stated as ‘short’ if they had to pay those wages throughout the year? If they had to promote mainly from within? Pay statutory employee provident funds and add on benefits like insurances and others that, in some form or another, are applicable in most countries in the world to permanent employees? Would we, in that eventuality, get similar officer shortage figures from the industry worldwide, or would there be a marked decrease there?


I suspect I know the answer to that. The fact is that shipping operates on the paradigm that its seagoing employees are daily wage earners. By extension, it wants the cheapest labour that it can hire and fire at any point of time; it always has, and there is nothing too much wrong with it. The industry is hardly unique, in this imperfect world, in wanting to do so.


The problem becomes when, as has happened in India in the past at least once, attempts are made to flood the market with labour without thought for the future, or with the main intention of lowering wages by oversupply. The fact is that a contractual system means that unused labour does not cost the industry anything. Additionally, the long term employability of labour inducted has always been the least of the industry’s concerns, as is illustrated by the plight of a batch mate I ran into in South Bombay in the eighties: working for the largest shipowner in India, this Second Mate had been asked to ‘come back after six years’. The six years would be unpaid, of course.


What the industry needs is not statistics per se, but figures that have some quality and sanctity. It needs statistics that are transparent and do not give the impression of being conjured out of thin air or for the wrong reasons. In any case, where did these international figures come from when we do not even have, in the absence of national bodies in major officer supplying countries like India, reliable national databases of active incountry seafarers?


In the absence of such core tools, all we have is a pendulum loaded with numbers swinging from one extreme to the other. It is not surprising, therefore, that we oscillate (and vacillate) between oversupply and shortage. This may not seem such a big deal to those of us ashore; it does not affect us personally. We also assume that supply will come from somewhere this time around too, including Africa and China, which seem to be flavours of the future judging from recent reports.


The reality is that it is, actually, a big deal. We may not care for our officers long term; hell, some of us may not even care much for the industry long term (provided, obviously, that it does not implode before we retire). Nevertheless, for those of us who do care, please consider this: Even after getting it wrong in the eighties, we continued to attract youngsters into what was, then, a much more preferred profession. That paradigm does not apply today as we struggle with profile issues and are unable to attract suitable talent in the numbers required. Therefore, if we get it wrong now, and if we attract youngsters with misleading figures or under false pretences, then we risk swinging the pendulum so far out that it may not swing back. If our officers face huge unemployment a few years down the road because we pushed oversupply trying to get cheaper labour that then became unemployed and destitute, we may become the pariahs of the employment market for a generation or two.


Layoffs occur across the world in all industries from time to time. However, there is a price to be paid in most businesses. Sometimes the price is financial, with severance salaries and such costs. Sometimes the price is even higher, in the loss of goodwill and in upheaval within businesses. However, we in shipping disregard all this, because laying off daily wage earners does not seem to cause much upheaval. Who really cares if a seafarer is not recalled after a contract? This false sense of security also causes the industry to sometimes publish loose figures of staffing needs, in my view. There is an underlying ethos that it does not matter if we get these statistics wrong, even hugely wrong. There are no comebacks. There is no downside. There is no price to be paid by any of us.


Except, plainly, by the seafarers.