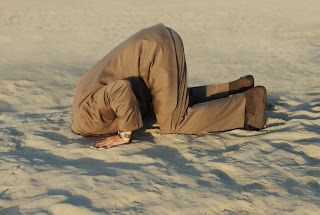 Inured as I am, like the rest of us, to catastrophic scenarios about global warming, and frustrated as we all are with our individual inabilities to seemingly do anything about it, a few recent reports have, nevertheless, made this mariner sit up and take notice. To be honest, the first of these confirms my two and a half year old suspicions when I encountered the worst weather I have seen at sea in decades in the North Atlantic. It was, simply, scary.


1. A study by the Florida State University (FSU) says that the increasing strength of tropical revolving storms witnessed in recent years is because of global warming. And that hurricanes, cyclones and typhoons will continue to get stronger and stronger.
Although the theory has its critics, FSU says that this reasoning, first put forward by Kerry Emmanuel at MIT in 2005, is consistent with the study of Hurricanes on the US East coast over the last 30 years. The reason for this, the ‘heat engine’ theory, seems to be that warmer oceans give the ocean greater energy which it then provides to storms.

2. A recently released UN study identifies India as a ‘hot spot’ that is particularly vulnerable to extreme weather conditions which will be caused by climate change. Incidentally, unusual weather patterns experienced worldwide have been witnessed in India too. Melting glaciers, drought, floods and cyclonic activity is just a start. One of the major fears put forward in the UN report is that coastal areas of this country, including the cities of Mumbai and Kolkata (and London and New York elsewhere) could go underwater by 2050 if sea levels continue to rise.

2050. That is well within our children’s lifetime, or should be if we have any. I would, in all honesty, recommend contraception instead.

(A ‘hot spot’, according to the UN report, is one particularly vulnerable demographically, politically and economically. There are also major security implications, given that Pakistan is also a ‘hot spot’, along with Indonesia and large swathes of Africa.)

3. A Reuters report quotes the US National Oceanic and Atmospheric Administration says that Asian short term pollution from power plants, cooking and heating will be responsible for a fifth of global warming by 2050. "We found that these short lived pollutants have a greater influence on the Earth's climate throughout the 21st century than previously thought," an official said.


And, of course, the new consumers of the world, China and India, lie in Asia.


Given that nobody will wave a magic wand tomorrow morning before cornflakes and make this reality disappear, and given that worldwide measures to tackle this display the familiar lack of political will, spinelessness and short sightedness we expect from our leaders, things will get worse before they get better. Maybe they won’t get better, and mankind would have run its course.


Thing is, there is probably going to be no ecological doomsday tomorrow morning either, which means that we will still have to pay the electricity bill day after tomorrow. So we cannot just surrender and die. And since we can’t do that, we will have to let this game play out either way, and things are therefore going to get worse for another few decades or so. The maritime industry, besides the world, has to prepare for a situation which will deteriorate as surely as fresh cream in Indian summer.

As the Times of India says in an editorial, “Adapting to the inevitable, at least in the short run, is as important as planning long term strategies to counter the effects of climate change before we are able to establish a global culture of sustainable living.“

Here’s my list, then. In no order of importance, this is just some of what climate change is likely to do to our industry. I am assuming that these reports are accurate enough under the circumstances, or at least indicative.

· Worse/unpredicatable weather. Responses may be a review of load line zones including seasonal ones and higher safety and construction standards. Fallout of this is obviously higher operating costs.
· Higher casualties, greater loss of life and ships, escalated environmental damage.
· Higher insurance premia as risks increase, including risks of marine pollution due to ‘Acts of God’
· New ports as older port areas and connected hinterland slowly immerses with rising sea levels.
· More stringent emission standards. Higher costs.
· Greater difficulty finding people willing to go out to sea
· Relocation of shipping nodes (if Mumbai, London and New York are to slowly sink..)
· Reduction in trade as many cargoes get financially unsustainable for export because of rising freight and insurance costs and countries start looking inwards rather than outwards.
· Major issues sourcing financing for shipping. This is a cyclical long term game, and the realisation will dawn that the long term isn’t looking too good.
· New sea routes as Arctic glaciers melt. More dangerous, because they are more North in areas of more extreme conditions.

We listen to these predictions and think, subconsciously, that 2050 is a long way away. I am sorry to burst that bubble, but a) recent events with melting polar ice caps have indicated a much faster rate of deterioration than hitherto imagined, and b) the world will not collapse over cornflakes and a hangover on New Year’s day, 2050.

It will continue to deteriorate, week in and week out, and at some point, the collapse will accelerate and become catastrophic. So, unless we have a good crystal ball lying around, we better start thinking about our options now.


So far the maritime industries, like the rest of the world, have their ostrich heads in the sand.


Which is not such a hot idea. As sea levels rise on the beach, that bird will be the first to go, regardless of where the head, or other sensitive parts, are.

Email ThisBlogThis!Share to TwitterShare to FacebookShare to Pinterest
Labels: ecology